The T5 category (formerly Tier 5) is for migrants who wish to come to the UK for temporary work. Migrant workers will usually be able to work in the UK for up to 12 months or less.

There are 6 types of T5 visas:

1. Creative and sporting visa: for sportspeople, entertainers or creative artists entering the UK for short-term engagements.
You can switch into this category if you are in the UK as a sports or entertainer visitor and you have a Certificate of Sponsorship assigned to you before you come to the UK.

2. Charity worker visa: for voluntary workers who wish to do unpaid work for a registered charity

3. Religious worker visa: for those who want to do religious work on a temporary basis. Those wishing to undertake permanent religious work can apply as Minister of Religion. You can come to the UK for up to 24 months

4. Government authorised exchange worker: is for those who are coming to the UK to share knowledge and experience i.e. through work experience and placements.

A T5 (GAE) sponsor must be an overarching body that manages the exchange
scheme and has the support of a UK government department. Individual employers and organisations are not allowed to sponsor migrants on this route.
You can only come under this category via an approved scheme. You can apply to switch into this category if you are a student provided certain requirements are met.

5. International agreement worker: is for those contracted to do work covered by international law while in the UK, such as, working for a foreign government or as a private servant in a diplomatic household

6. Seasonal worker: this is a pilot route and is for employers in the edible horticulture sector to employ seasonal workers
There is also the T5 (Youth Mobility Scheme) which allows young people, aged between 18 and 30, migrants from participating countries and territories (Australia, Canada, Japan, Monaco, New Zealand, Hong Kong, Republic of Korea and Taiwan, as well as British Overseas Territories Citizens or British Nationals (overseas) to experience life in the UK for a period of up to two years while having opportunities to work temporarily.
Organisations who would like to employ a temporary worker need to have a sponsor licence.
An individual in this category will need to also show that they will be able to maintain themselves while they are in the UK.

Or you can book a consultation 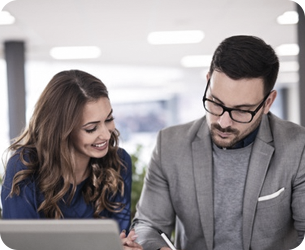 Expanding your Business into the UK

Setting up a business

Setting up a business